Music Line-up
Dragstalgia will host a Live Music* Stage within the Vintage Village with a vibrant mix of Live Bands and DJs throughout the day playing long into the evening. Evening entertainment (Fri & Sat) then continues over in Fuelers Bar for all those up for a late night knees up! 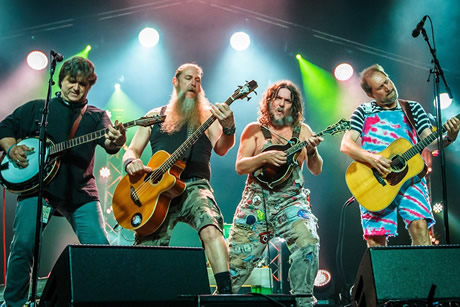 Hayseed Dixie
Formed on the front porch of a cabin in the Appalachian Mountains of East Tennessee, when after drinking enough whiskey to float a battleship across the Sahara Desert, it became suddenly obvious to the boys that the "Lost Highway" of Hank Williams and the "Highway To Hell" of AC/DC were the same damned road. The band has since gone on to record 14 albums containing both original songs and reinterpretations of previously known works, albeit in their own inimitable style. Having sold over half a million albums, Hayseed Dixie are acknowledged as the creators of the musical genre "Rockgrass." 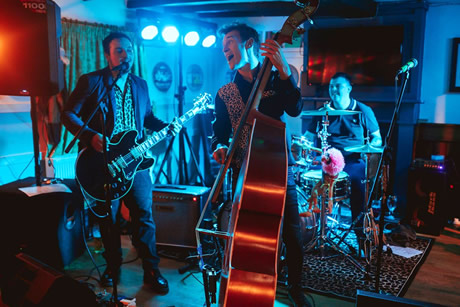 Jimmy & The Hound Dogs
An authentic rock n' roll covers band, playing all the original hits from the 50's, 60's, 70's and 80's with a modern twist! Including Elvis, Johnny Cash & Rolling Stones. With an average age of 23 years old, this band have modernised the hits you all love with a whole new energy, but still staying true to the original rock 'n' roll roots. 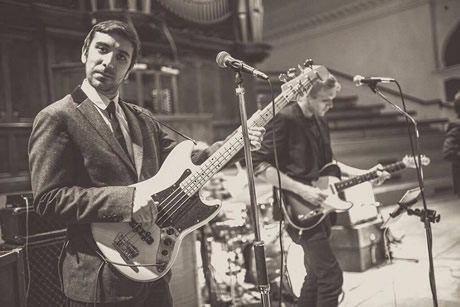 The Mod Cons
The Mod Cons extensive repertoire means they have something for everyone, from the Beatles to Buddy Holly! The band perform an energetic tribute to the 60's covering songs from artists such as Small Faces, The Kinks, The Beatles, The Who, Spencer Davis Group, The Rolling Stones and many more including the 50s. The band give their audience an authentic experience, from clothes to instruments. 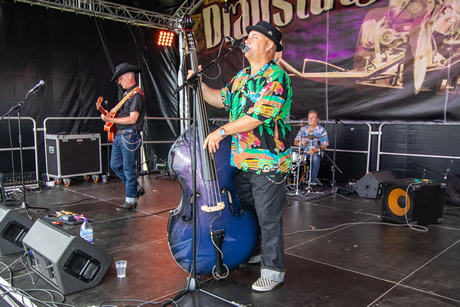 Greggi G and his Crazy Gang
One rocking rhythm outfit playing a mix of enthralling and lively music ranging from the 40's swing to the 80's rockabilly, their infectious style never fails to have people rockin in the aisles and filling the dance floor. The band consists of piano, double-bass, guitar, and drums, combined expertly into one great explosion of "not to be missed" fun and music, from jump jive to 50's classics, from boogie woogie to vintage swing. 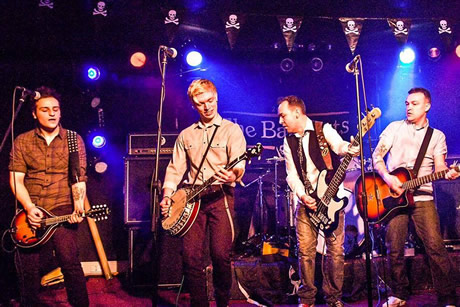 The Bad Rats
A 6 piece Folk/Punk band, influenced by traditional irish jig's and celtic punk bands, The Bad Rats have been kicking everyones arses all over the country with their own brand of celtic punk rock since 2009! 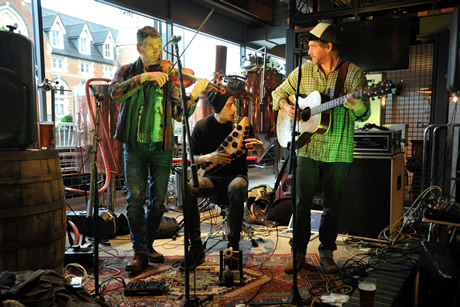 Doc Brown Trio
The Doc Emmett Brown Trio create a huge sound with a small footprint. Guitar, violin and percussion combine to produce a full, unique and dynamic sound. Hear classic songs you know and love given a new twist and find your feet tapping and head nodding to numbers you’d long forgotten. 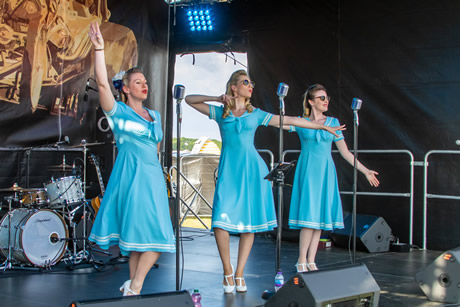 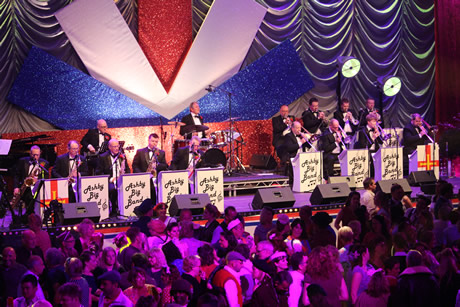 Ashby Big Band is a swing band formed in 2005, the 60th Anniversary of the end of WW2. Not only one of the best Glenn Miller tribute bands in the country but also one of the most versatile on the 40s entertainment circuit, this 14 piece Swing Orchestra uses the classic Big Band formation of saxes, brass and rhythm section of some of the great big bands of the swing era. Their music is a tribute to Glenn Miller, Duke Ellington, Count Basie; a repertoire that includes the “top 100 hits of the 40s.” With vocals from Kitty LaMere. 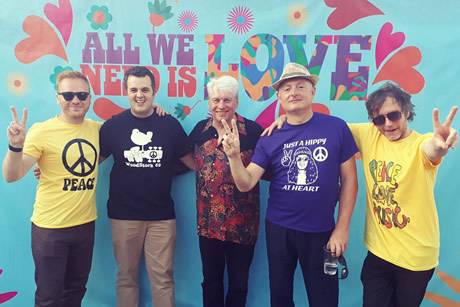 Playing retro hits from the 60s & 70s, Similar Jones are an experienced energetic rock band; covering the length and breadth of the UK performing, these guys always leave the crowd wanting more with all your favouirte sing along tunes from the good ‘ole days! 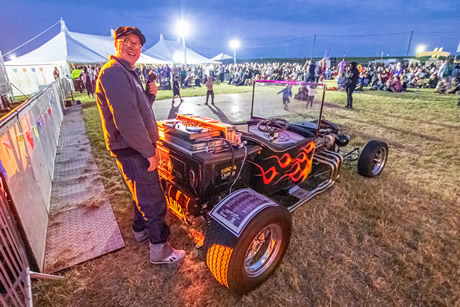 Hosting the live stage during Dragstalgia will be DJ Grant Pinney, playing vintage tunes from the decks in his T Bucket hot rod.

*As part of your Sporting Event entrance only.